Tiger’s golf game may be peaking, but his movement suggests the end may be near

Unless you were on another planet this weekend, you could not have missed the Tiger Woods show in full effect.  It felt like a throwback to Tiger’s earlier years, with crowd sizes already in the thousands from the first tee box and growing with every hole and the eruptions getting louder with every made birdie putt, everything in the golf world felt right.  After seven top 12 finishes in 14 starts and a 2nd place finish this weekend at the PGA Championship, the buzz around the sports media world and general public has been unanimous… he is officially back.  On the newest issue of Golf magazine, the headline simply states “This tiger is for real”. 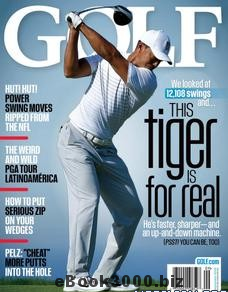 I myself am an admitted Tiger Woods fanboy.  You would be hard pressed to find someone else who follows Tiger Woods more closely than I do.  The idea of him hoisting another major championship trophy gives me butterflies.  I started playing the game of golf because of Tiger.  As my friends and family can attest, I am a Nike loyalist because of Tiger.  I even started buying Bridgestone golf balls this year because of Tiger.  With all that being said, I am truly worried about Tiger and it has nothing to do with his golf career or whether he ever wins again.  What I am ultimately worried about is his health in everyday life.  I am worried that if someone does not get Tiger basic functional movement patterns corrected soon that it could be the last straw for not only his career, but could permanently alter his day to day life for the worse.

Tiger has already undergone an L5-S1 fusion approximately 1 year ago to help alleviate his pain and shooting symptoms into his legs.  The reason for his fusion is simple: he lacked the ability to control his spine at that L5-S1 segment leading to excessive shear on the vertebrae and disc, leading to breakdown and nerve damage.  Because Tiger could not stabilize that joint effectively on his own, the solution is to provide artificial stability via the surgical procedure.  To be clear, the disc breakdown was not the problem, it was the symptom.  No different than if we have a hole in the roof and every time it rains, it ruins the carpet on the floor.  The carpet getting ruined is not the problem; it is a symptom of having a hole in the roof.  No sane person would ever recommend just replacing the carpet after every rainstorm.  They would quickly identify the hole in the roof and fix that before ever replacing the carpet.  Tiger’s actual underlying problem was the inability to control the spine; therefore, if Tiger, or anyone else who undergoes spinal surgery, does not learn to control the spine postoperatively, then it’s only a matter of time before they break down again.  The only difference is that the next time they break down, it most likely won’t be at the fused segment; but rather, it will be at a segment above or below the previous surgery.  Want proof?  In a 2018 study looking into reoperation rates following spinal fusion, researchers found that over 12% of patients required a reoperation within 2 years of the initial surgery, and almost 20% required reoperations within 4 years of initial surgery.  The number one reason why they required re-operation was adjacent segment pathology, meaning the segment above or below the surgical site breakdown (1).

The common misconception is that a fusion can and/or will fix all your pain and complaints.  As we stated above, a spinal fusion treats the symptoms, NOT the underlying movement dysfunctions that led to needing the surgery in the first place.  To better understand, we will use the example of a patient experiencing a heart attack.  When excessive blockage of blood flow to the heart happens, it can trigger a heart attack.  When this happens, a cardiothoracic surgeon will often perform angioplasties by inserting balloons and/or stents to open up the restricted blood vessels, or may perform a bypass procedure whereby blood flow is redirected from blocked vessels to healthy vessels.  Even though the surgery was necessary, the cardiothoracic surgeon realizes that a combination of factors led to the patient needing the surgery and will attempt to address all those factors post-operatively to ensure the patient is better, including diet, weight loss, stress, sleep, exercise, smoking, etc.  The cardiothoracic surgeon does not perform the heart procedure and then just give the patient a pat on the back and send them on their way.  Too often, post-surgical spinal patients believe that the spinal surgery fixed the underlying problem and that they now just need to let time take place for healing.  Furthermore, over half (55%) of surgeons do not send their patients to physical therapy following spinal surgery (2).  I was shocked when I first read this statistic because we work with so many great spine specialists on a regular basis that appreciate what we can offer patients, but it made me realize that even with all the spine patients we treat postoperatively, that there is another half of the population who are never referred to physical therapy postoperatively.

After Tiger completed his round and walked off the course, he began climbing stairs on the walkway. While stepping up, Tiger displayed a major asymmetry when climbing the steps. As you can see in the picture and video (starting at the 21 second mark) below,.

Tiger displays a major asymmetry in posture when standing on one leg and lifting the other up to the next step. On the left picture, Tiger is standing on his right leg only and lifting his left leg up toward the next step. He does an excellent job of stabilizing his R leg while in single leg stance, he keeps his spine neutral and unloaded, and keeps his pelvis in line. This movement will lead to a happy and healthy back. For the picture on the right side, he is now standing on his L leg while lifting his R right toward the next step. In this picture, Tiger displays the classic lumbar extension rotation movement impairment syndrome, with his spine rotating and falling into excessive extension (look at the difference in shirt wrinkles on the left verses nothing on the right) resulting his buttocks falling out to the right, all resulting in excessive compression and shearing on the lower lumbar spine.

Asymmetries as massive as the one displayed above is a major issue and something we seek to identify and correct in all our patients. How can we expect our high level athletes to move correctly during a high velocity movement such as a golf swing, if they cannot simply stand on one leg while flexing the other hip and be incapable of maintaining a stable spine position?  The answer is simple, we cannot and should not. One might think I am over exaggerating the seriousness of matter, but the reality is that for most people repeated small abnormal stresses, known as repetitive microtrauma, are placed on the body leading to breakdown, not singular traumatic events.  Even for Tiger, he did not damage his spine from a car wreck, fall, or one traumatic swing.  His low back has been breaking down for years due to the accumulative effects of repetitive microtrauma from not only his swing, but also the day-to-day movement dysfunctions while walking, climbing stairs, squatting, lunging, etc.  Because his L5-S1 are now fused together and he has still not corrected the underlying movement dysfunction that led to his initial breakdown, the next time he gets injured it will either be at the hips (below segment) or at the L4-L5 region. The irony of the situation is that the way he moves off the golf course may play a bigger role in his future breakdown than how he moves on the course itself. World renowned physical therapist, Shirley Sahrmann, says it so simply “we must undo in our day to day life what the sport does to us.” Every sport has very different demands. With golf, the biggest demand is rotation. The problem is not that Tiger is rotating while playing golf; the problem is that he continues to rotate through his spine through all his other day to day movements, thereby putting fuel on a fire, instead of undoing those faulty movements.

To be clear, I am not critiquing any of Tiger’s current or previous medical providers. We have no idea what has been discussed or attempted with Tiger. Based on multiple reports, Tiger has been known to be stubborn and it’s very possible, his health providers have attempted to fix these movement dysfunctions, and Tiger might see the fixes as unimportant and unnecessary.  What I can tell you is that no one can move with those flaws and expect to stay healthy long term, much less the game of golf’s greatest player ever who has a history of knee issues, 4 previous spinal surgeries, and a swing speed over 125+ mph. The good news is it’s never too late to improve movement quality. For the millions of Tiger fans and more importantly, for Tiger himself, I hope he addresses these issues sooner rather than later, so he can not only keep playing the game he loves, but also enjoy his life with his children down the road.

2 thoughts on “Enjoy The Tiger Woods Show While You Can, Because it May Be Over Sooner Than You Think”

Looking for Something Specific?